The Study Circle Group from Nairobi Centre went to Prashanthi in the year 1998. It was a great day on 29th July, 1998 for the Group and the Sai Center in Kenya as Swami called the group of 23 in number for an interview.

Following is the extract of the interview in the words of one of the group member Bro. Anil Mehta – Service Coordinator of our Centre at that time & also a past student of Swami’s College in Puttaparthi. (Brother Anil Mehta was given the Lingam materialised by Swami for this Centre during the interview):

“Swami asked me where is the Sai Center in Kenya, in your house or elsewhere. I said Swami it is a separate and is very nice. We also have a Sarva Dharma Stupa just like the one here in Parthi. Swami suddenly materialised a LINGAM and gave it to me. I said thank you. I said, Swami in 1984 exactly 14 years back you told me that you will give me a SHIVLING. Swami said whether 14 yrs or 400 yrs whatever I say has to come to pass because I AM SATHYA SAI which is TRUTH. Swami then quickly said this is not your private property this is public property. Swami said put it in the center and put one or two spoons of water and give it to the sick and needy. I said Swami should this be kept in lock and key. He said no, nobody can steal it. Somebody asked should there be some sthapna pooja. He said no tantra, no mantra, no need. Swami then took it back from me and wrapped it in an envelope and handed it back to me.”

This Sacred Lingam is placed on the altar of our Centre which can be viewed in the following photograph:- 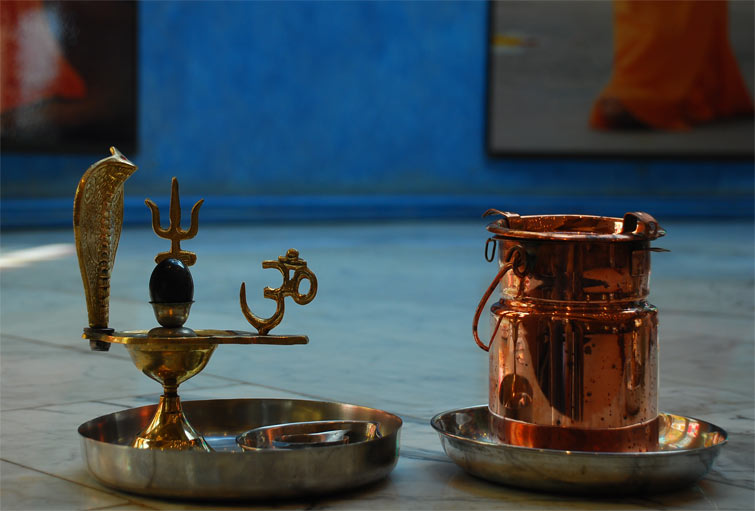